Trying yet another recipe today. Every recipe I’ve tried or have on deck to try is different enough from the others that I’m surprised to find that they all purport to produce a ciabatta loaf. Silly Italians.

Today’s version comes from Bread Cetera, and this guy is as nerdy as I am about bread. This is very much a good thing. Bread folk tend to be very analytical about why and how bread does what it does and it’s almost comforting to find other people expending as much and more energy as I am to get the thing right.

I took a sec to update before this loaf is fully proofed because of the sound the dough was making as it incorporated the last bit of water. One of the previous recipes had me reserve some water to add in later, but I didn’t think of adding it in a bit at a time. Ultimately it was all incorporated and everything turned out fine, but I like the subtle touch of mentioning to add it a bit at a time. I thought the sound of adding water was interesting as well:

In addition, we have the size of the dough at the beginning of fermentation: 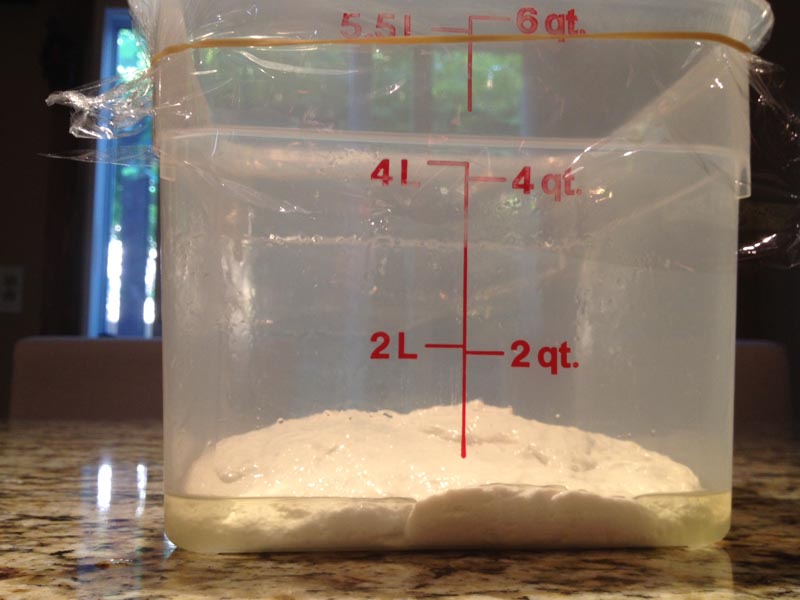 More later as she’s fully proofed and ready to bake.